Home » Movies in English » Where The Wild Things Are 2009

Where The Wild Things Are 2009

Yearning for escape and adventure, a young boy runs away from home and sails to an island filled with creatures that take him in as their king.

A beautiful, audacious, roughly-hewn motion picture (adjectives that are no doubt overused in describing the picture’s modus operandi), Spike Jonze’s adaptation Maurice Sendak’s adored children’s book “Where the Wild Things Are” taps into the innocent, volatile world of a 9 year old boy the way few mainstream feature films have. It is original, unique, melancholy, and because of this several mainstream critics (and even lucid critics like Salon’s Stephanie Zacharek) have derided the film. “There’s no story”; “kids won’t like it”; “it’s an adult film about children, not a children’s film”; “it’s boring”; “the pacing is slow”…

What? Why did it become such a crime to make an abstract art film within the spineless confines of the Hollywood system? Doesn’t Spike Jonze get credit for personalizing, therefore, retaining a substantial amount of voracity while delving into one of the most revered children’s books of the last fifty years? What the hell is wrong with that? I understand that some people just don’t respond to the abstract, pseudo-verisimilitude of pretentious art films, but there’s a stripped-down purity to this picture that cannot be denied. It’s not pretentious, but emotional and honest.

It’s bold, it takes chances…why is it being chastised in the media? How often do we get movies like “Where the Wild Things Are”? It should be celebrated, not snidely dismissed 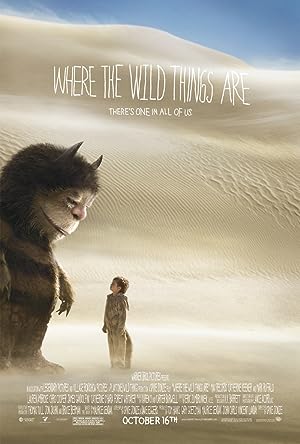