2. People like this actually do exist! Snuff is not a fictional concept. There are people that are this sick out there – and involving massive sums of money and pornographers does not seem far off at all. If it weren’t for people who took the time to make films like this for us, how would we be aware of the twisted possibilities of what could happen to us if we’re not too careful? On top of these opening defense statements, there are a bundle of things that make this a fantastic film.

I also found the performances to be perfect for this film. Milos of course steals the show, see-sawing between the calm likable man he is and the primal beast he becomes when “working”. Marko was also another standout with his performance – very discomforting with his bitterness towards Milos and his uncontrollable lust for Milos’s beautiful wife. While Vukmir and his henchmen were the cheesiest, they still filled their shoes very effectively. Majority of the female characters didn’t have much personality, but I believe that was on purpose to go along with the mentality of pornography – and I found it very effective and dreamlike or nightmarish. I couldn’t believe how many stunning women they found to cast for such an intense film – it only adds to it’s surrealism.

The score was impressive as well. Hard hitting, abrasive, electronic beats almost comparable to a score like that of The Social Network – and just as good. It made me feel even more engaged in the film and the character than I already was beforehand.

Now, I know a lot of people can’t handle explicit gore – but the artificial violence itself is a masterful art on it’s own! To create an artificial scene of violence and make it believable and effective is a mighty task! And this movie is chock FULL of gut-wrenching ultra-violence! This is something that deserves recognition, praise… even awards. It’s not an easy game, kids! I would love to go into detailed descriptions of the groundbreaking scenes, but I’ll leave that to everyone else. I’ve looked through this message board and it’s just chock full of spoilers. I’ll just say that all the violence is extremely disturbing and realistic, and thus it’s very impressive.

Now I admit that I laughed plenty of times as an instinctual defense mechanism in reaction to some of the most over-the-top sequences. What else can I do as a human being? You feel disgusted, or you laugh. It’s one or the other. If it were real – I would certainly not be laughing, but it’s not – it’s a effective emulation of what in reality would be ultimate horror. Because it’s SO shocking and effective, I laugh, because I can’t believe they pulled it off – or took my brain to this new place it hadn’t been before. THAT, is something to admire.

I would never tell anyone to watch this movie. But I will tell you that it is absolutely a masterpiece of it’s own kind. Pulp cinema, if I had to call it anything so broad. A lot of people say they will never watch it again. Now, although it scarred me – I don’t think I’m going to lock it up and swallow the key. It’s too good to never watch again. But, it will be a long, long, long time before I do again… (Unless I have a sick friend who just wants to watch it WITH me THAT bad).

I’d give it a 10, which it very well probably does deserve in the long run, but I just can’t bring myself to do it. 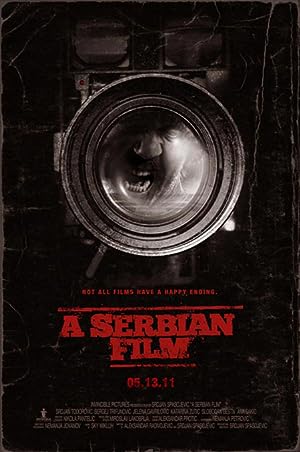 12 reviews for A Serbian film 2010 UNCUT with English Subtitles