Moon Blake is raised by his loving but government-paranoid father Oliver in a hidden cave in the Alabama forests. Oliver dies from a leg wound he refuses to have medically treated, so Moon is told to move away, alone, and start a new home in the Alaskan wild-lands. Constable Sanders, however – the mean local cop – finds the boy with his father’s guns, abuses him and has him locked away till majority age for ‘assault’ within Mr. Gene’s grim Pinson home for boys. Moon soon makes friends with shy, sickly Kit and apparent bully Hal, then sets up a mass escape, on which only the trio actually follows through. Sanders fails to catch them, but the unforgiving elements reshuffle the cards dramatically. An uncle is meanwhile found.

Simple but sweet. First phrase I mention about this film. For the family film, this film have lack of comedy and it’s gonna be unusual for its kind lover. But in the fact, the film successfully bring us to its story, to feel the sadness, emotion, friendship and its drama. You will find the dead tragedy, a losing, to survive and to moving on. Moreover, center of view from this film is about a kid and his survival and adventure, and it really increase the power of drama. One more time I mention, this film is lack of comedy, the power is placed on the drama. This film is right to all peoples, especially for kid. It’s simple. The message is easy to understand. It’s fresh, nothing less, nothing. Suggestion: Watch it with your kid-heart position. 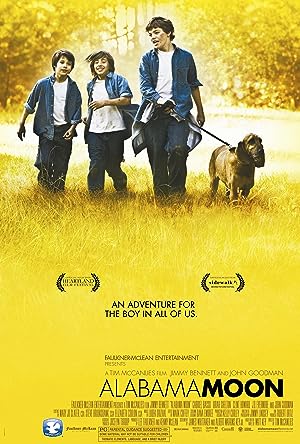 Be the first to review “Alabama Moon 2009” Cancel reply