Based on the extraordinary life of the iconic Les Girls headliner and Australian transgender pioneer, Jessica Marais, stars as Carlotta. A universal story about identity, family, tolerance and acceptance, Carlotta lays bare the life of the confused teenager named Richard and his flight into the turbulence of the hedonistic sixties and seventies. Against the threat of criminal prosecution as well as social rejection, Carlotta emerges as the all conquering drag queen and performer.How many working class Balmain boys grow up to be showgirls? Not just any showgirl but a household name, a legend of Kings Cross, a daytime TV star, and a symbol of generational change. Spanning forty years, Carlotta is an uplifting celebration of finding your place in the world and making your mark against all odds.

Thoroughly enjoyed seeing this movie. An affirmation that this lifestyle exists; it’s wonderful; it’s marvelous and a normal part of human sexuality. He grew up in a typical Australian middle class home where the father ruled the roost; not wanting to be embarrassed by his peers; would beat the boy when he showed inclinations and just couldn’t resist singing and dancing for family friends. He got his first job as a Window Dresser in a Sydney department store where he met someone who would change his life and encouraged him to be herself. I loved every minute of how this naturally candid little boy grew to be himself in one of the largest, oppressed cities in the world, Sydney was tough for alternate people in the 1960s. “Carlotta” was featured and played in “Priscilla Queen of the Desert” and is still working; albeit an old lady now and maintains the grace and decorum of the woman just as she has lived all her adult life. Long Live “Carlotta”. 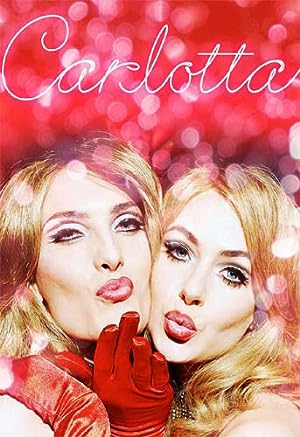 Be the first to review “Carlotta 2014” Cancel reply