Two best friends are forced into street hustling and and ever-expanding life of crime when one impregnates the sister of the other.

“Colegas” is the second of four movies which Eloy De La Iglesia dedicated to the underworld of drugs (specially heroin) and juvenile delinquency in Spain, in the early 80’s (along with “Navajeros”, “El Pico”, and “El Pico 2”). His style is pretty much urban and realistic (in the looks and in the dialogs), he chose young and natural actors (Manzano, Pirri, or San Francisco were the usual ones) and let the stories flowed. In “Colegas” we watch the day-by-day of three friends: José, his girlfriend, and his girlfriend’s older brother (which is Jose’s best friend as well). We see their troubles growing in such a low-class “barrio” from Madrid. One day José’s girlfriend announces him she’s pregnant, and they decide that she aborts. So, they’ll have to gather some money and in order to do that José and his girlfriend’s brother will do anything that’s necessary.

De la Iglesia shows the ugliness of those “barrios”: three brothers sleeping together in one room (you can almost smell their sweat), how hard it was for the young ones to get a job… The plot is such rude, the script is second rate, and the passage of time hasn’t had no mercy with most of Eloy’s movies, but there they are: they represent a time and a way of life in the history of Spain; and now they may seem a little bit naive, but in 1982, 7 years after dictator Franco died it wasn’t naive at all.

PD: De La Iglesia got so deep in drug world that he himself ended up being an heroin-addicted. 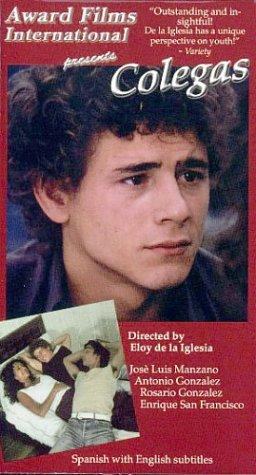