A neo-Nazi organization is recruiting in the 1980s, and two youths of high-school age join for similar reasons, despite class differences. Thomas is the son of a self-made industrialist father and a scolding social-climbing mother. He attends private school and has a brother who’s an accomplished musician, but neither can satisfy mom’s constant demands for school and social success. She belittles them, and there’s incessant bickering at their table. Charly, a dropout, is the son of an abusive, alcoholic laborer. In the youth group, each finds order, respect, camaraderie, and adults who seem to value them. Where do domestic abuse and sanctioned political violence end?

When I first saw this movie, I didn’t quite know what to make of it. To be sure, there is a sense of intense violence and eroticism in this film that seems to be at odds with one another, and overshadows the performances, at least on the initial viewing.

Is it formula? Perhaps, for all of the possible excuses for reaching for violence and hatred are here: indifferent and abusive parents, diminished school prospects, and poverty to some degree- however it should be noted that the most fanatical of the boys is the one who comes from a good home. By the end, there is little of him left but the desire to destroy, and the inevitable beauty that he will self destruct.

On that point, it is very tragic that Nikolas Vogel, the star of the film, passed away so very young. As the young fanatical neo-Nazi, we see him as a lovely, misguided young man whose confusion and disappointment throughout the film ultimately lead to the violent conclusion. He starts as an innocent kid, and finishes as the empty vessel that we all fear on some level.

Very sad that Nikolas Vogel didn’t get to make very many films, for this one made a profound impression on me! 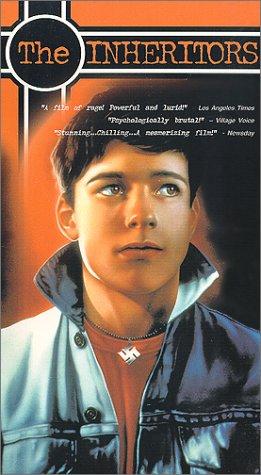