An idealistic, straight-edge teacher is drawn down a horrid rabbit hole by an honors student who’s willing to do anything for an A.

I was pleasantly surprised after seeing “Dismissed”. During the first 10 or 15 minutes it seemed it would be a little hokey. The film as I stated in my title was a bit predictable and the formula has been used before to one degree or another. However, the pace kept you interested and I felt the acting from the protagonist and antagonist were very good.

Plot is simply about a brilliant but somewhat off student who is transferred to a new school and instantly makes a great impression on his English teacher. Not to divulge any spoilers, I won’t give more in depth story line then that but will say there was some smart and relevant story telling here.

The sub plots of the film fit quite nicely into a neat package to Support the main story and there are some harrowing scenes that might surprise you. It was not over the top not is there gratuitous violence. The story was told with realism and was spooky at times.

For a low budget film with essentially unknown actors, I thought it was a film. I recommend it to anyone who enjoys a light thriller told well.

88 minutes you won’t be disappointed spending. 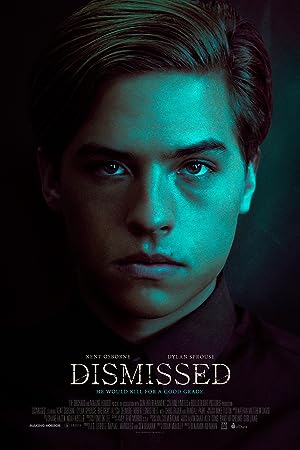