After living on the tough streets of LA for a while, India hopes that every gay basher will meet his destiny. In this case Destiny is a black, 6 foot, high heel wearing, gun toting, drag queen with an attitude and a soft place in her heart for homeless gay boys.

First I will say that the movie was a nicely done piece of art. For an Indi film, it was all the better.

However, I didn’t like its message of ‘straight people and cops are evil’, when that just isn’t the case.

Also, I didn’t like Destiny. I enjoyed his/her character and such, however it is because of flamboyant people such as him/her homosexuals are incapable of getting the respect we wish for.

Yeah, I’m a lesbian. As such, I didn’t like the movies portrayal of lesbians either. It seemed to me that the movie felt they were all dykes, and male-hating.

Now, I agree that gay-bashers suck. I hate them as much as the next gay person. I’ve been the victim of them more than enough.

But not all straight people are like that, regardless of what the movie’s characters seemed to believe.

I know they’ve been given the short end of the stick, and their lives have been less that happy… but still. They movie seemed like nothing more than an overdone ‘straight-bash-fest’. There wasn’t a single decent thing to say about straight people. Not even ‘well, you’ll meet the occasional one who doesn’t suck’.

Even with all that, I enjoyed the movie. 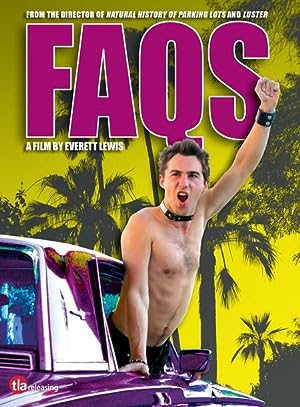 Be the first to review “FAQs 2005” Cancel reply