A young man’s peculiar upbringing renders him unable to competently cope with the struggle of growing up.

There’s no question aspects of this are quite brutal. But the theme of the story dictates they would be so.

Igby Goes Down is about a kid in nowhere’s land. He doesn’t know where he’s going in life and responds to this by being a rebel in everything. Add to this his parental instability with a schizophrenic father and a tyrannical mother and you can understand why he’d be a little mixed up.

In many ways it is a coming of age story, but in others it is too dark to be that. Indeed there is an ambivalence of themes with hope and despair featured in equal measure.

As Igby, Kieran Culkin excels. He’s outstanding, the best thing in the movie – which given the quality of his peers, such as a sinister and agenda-ridden Jeff Goldblum, a monstrous and hierarchial Susan Sarandon, a confused and tortured Bill Pullman and a squeaky clean upstart in Ryan Phillippe, is no mean feat at all.

Performances are uniformly excellent, the story involving, and the themes well explored.

Well done all round. 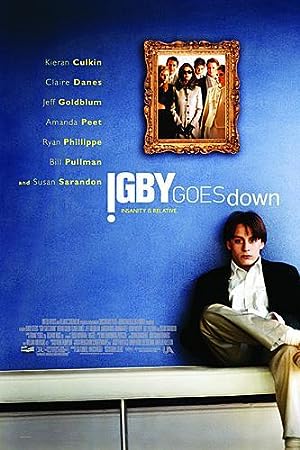 Be the first to review “Igby Goes Down 2002” Cancel reply