Banned in Argentina for 20 years due to nude content involving minors, and thought to be lost. This impenetrably metaphoric and surreal movie by Jorge Polaco portrays a family in trouble. The father has a lover who physically worships him and walks around with pubic hair in different colors, the step-mom is depressed, breaks out in manic emotions and causes her husband to panic and order her repeatedly to open her eyes or to stop her outbursts. She also has a mentally handicapped big brother and an unhealthy phsyical and emotionally tense relationship with her step-son, a young boy who also walks around naked in some scenes. There are recurring themes of difficult relationships with dead or disabled ancestors, including a mummified grandfather whom they keep and abuse in the basement, an alluded car accident that haunts them, and a dotty grandmother who seems preoccupied with objects, as well as many busts and paintings of relatives. Other themes include a nursery of children or animals playing, and games between the father and his lover, and in-between, a strange symbolic character appears to give popcorn or chickens to the children. The film is mostly a series of emotional or playful interactions and raw outbursts between the characters, sometimes reminiscent of Zulawski, except that it is very static and doesn’t develop. This, together with the fact that the movie is not enjoyable on its own terms without its hidden meaning, made me derive no pleasure from it. 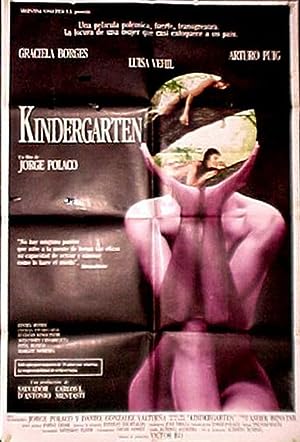