A schoolboy Nicholas always worries about something. When he goes on a school skiing trip, all his visions and nightmares take him over.

This is an investigation of the journey into puberty for the young Nicolas set in the clear, fresh surroundings of the French Alps. The casting is as well crafted as the direction, performances and music; as soon as we see him we know that Nicolas is a shy, sensitive boy and that such physical and psychological changes which happen at his time of life will have melancholy and confusing effect. This is portrayed finely.

The sub-plot, I believe, is the murder and its outcome, the conclusion of which sums up Nicolas’s history.

Cinematographically, the effect is as cool and crisp as the alpine air itself as is the choice of music. We are led in to the mind of Nicolas through the music and the elegant flashback, nightmare and daydream sequences some of which verge on the intensity of the Hitchcock-Dali connection.

This is a film of opposites; the new-found friendship between the shy Nicolas and the class rebel and between both of these boys and the sympathetic teachers. We grow to know and like all of these characters.

Isn’t it true that the character of a nation can be seen in its children. This could only be a French film; it is realist, humanist. 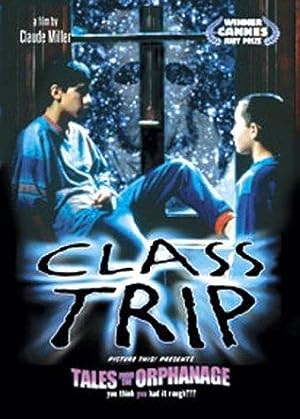