The hero of the book is 18-year-old Addison Schacht, a Jewish high-school senior in Washington D.C.. The book is his response to the essay question, “What are your best and worst qualities?”. He explains he has only bad qualities, as illustrated by the events of his senior year. They include collecting offensive jokes; dealing drugs to his classmates; and insulting teachers, fellow students, and his girlfriend’s mother. But his classmate is killed, and he begins to investigate the death. 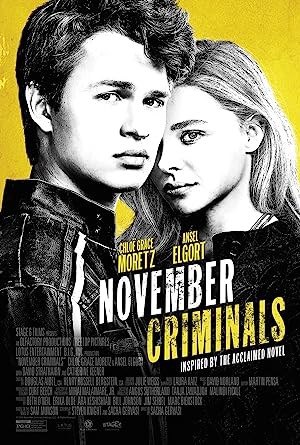 Be the first to review “November Criminals 2017” Cancel reply