A nine-year-old boy disappears without a trace. Six years later, he reappears in Paris but there are doubts about his real identity.

Now this is a truly wonderful film. It’s simple enough: one day, a young boy goes missing from his family. Several years later, he returns – or does he?

This movie is a flawless dissection of a frighteningly twisted family, with extremely vivid characters. Agnieszka Holland has succeeded at that difficult task: create realistic characters in a believable situation, yet present them with shockingly eerie dilemma. Strongly recommended.

Side note: the only flaw in this movie was the rather ridiculous invocation of the supernatural. Fortunately, it’s part of an almost completely irrelevant subplot, and can be safely ignored. 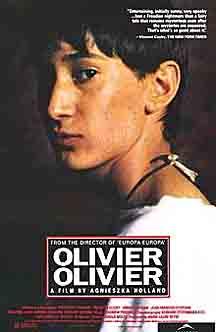