The plot summary for this film on this site is actually quite misleading. The film isn’t about men in uniforms at all. It was probably the film’s international distributors who insisted on a more sell-able title in English. ‘Pantasya’ is about loneliness, desire to belong and the daydreaming that comes as a result.

The film consists of five monologues presented by five lonely guys in their 20’s. Each one of them has a situation-based fantasy. Most of them involve their own jobs (taxi-driver, pizza delivery boy, guard). And it’s hardly so that they are dreaming about having sex with themselves. Another one longs to become part of a basketball team or any other closely-knit group of people for that matter. The closest we get to the supposed premise of the film is in the second segment where the guy has a dream of getting it off with a couple of workmen who’ve come to his house to do some repairs, also easily the cheesiest segment of all five.

Occasional uniforms in the film are only the physical expression of the protagonists’ social status, their drab lives. They aren’t necessarily here to trigger somebody’s fantasies. 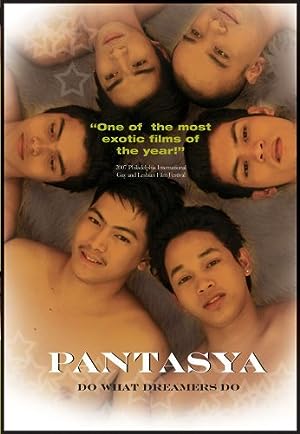