A gang of teenage boys stalk the streets of Naples armed with hand guns and AK-47s to do their mob bosses’ bidding.

LA PARANZA DEI BAMBINI, based on an eponymous book by Roberto Saviano, is a good film. It is credible, direction is competent and assured, acting is of the highest order – especially by young lead Francesco di Napoli – but ultimately it is yet another Mafia-related flick, like so many Italian cinema has produced since the start of the new millennium, including SUBURRA, GOMORRA, ANIME NERE, and TV series like GOMORRA.

Despite its obvious quality, we have seen it all before. It has a good message, too: the young criminal played by di Napoli ends the film knowing that he is in a straightjacket, that the death of his kid brother is just the start of his own end. It is as inevitable as fate dictated by the gods of ancient Greece. In fact, an old man tells di Napoli and his crew early on that they were heading for a tragic end.

I left the moviehouse feeling that a marvelous country like Italy, with its unique culture, cinema, music and incredible natural beauty is also in a straightjacket made by the Mafia, Camorra, Cosa Nostra, Ndrangheta, etc. 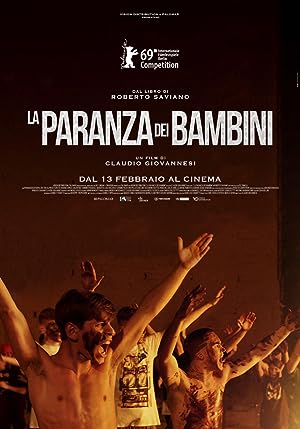 Be the first to review “Piranhas 2019” Cancel reply