Three intercut stories about outsiders, sex and violence. In “Hero,” Richie, at age 7, kills his father and flies away. After the event, a documentary in cheesy lurid colors asks what Richie was like and what led up to the shooting. In the black and white “Horror,” a scientist isolates the elixir of human sexuality, drinks it, and becomes a festering, contagious murderer; a female colleague who loves him tries to help, to her peril. In “Homo,” a prisoner in Fontenal prison is drawn to an inmate whom he knew some years before, at Baton juvenile institute, and whose humiliations he witnessed. This story is told in dim light, except for the bright flashbacks.

Queer filmmaker Todd Haynes’ debut feature POISON dazzles as a multi-faceted cinematic triptych, three segments: Hero, Horror, Homo, all inspired by Jean Genet’s novels (with his texts sporadically materialize on the screen as inner beacons), are intertwined altogether yet each is bestowed with a sui generis visual style that speaks volumes of Haynes’ eclectic idioms.

Hero takes the form of a grainy and slipshod pseudo-documentary, interviewing sundry characters about a deadly homicide further confounded by a surreal twist, a 7-year-old boy, shoots his father dead and then wondrously flies away from the window witnessed by his mother Felicia (Meeks), various interviewees recounts the boy’s aberrant deportment before the incident, some are startlingly perverse, finally, through Felicia’s account, the boy’s ascension smacks of something punitive and defiant in the face of family dysfunction and violent impulse, rather dissimilar in its undertone and timbre from that WTF upshot in Alejandro González Iñárritu’s BIRDMAN (2014, 7.6/10).

Horror, shot in retro-monochrome and abounds with eye-catching Dutch angles, namely is a none- too-engrossing pastiche of the erstwhile B-movies and body horror, a scientist Dr. Thomas Graves (Maxwell), accidentally ingests the serum of “human sexuality” which he has successfully extracted, starts to transmogrify into a leprosy-inflicted monster, and his condition is deadly contagious, which threats lives around him, especially his admirer Dr. Nancy Olsen (Norman), who against all odds, not daunted by his physical deterioration. In comparison, this segment is less savory owing to its own unstimulating camp, where Hero ends with a subjective ascending, the upshot for a beleaguered gargoyle is nothing but plummeting.

Last but not the least, Homo is plainly a more self-reflexive treatment conjured up à la Fassbinder’s QUERELLE (1982), another mainstay of queer cinema derived from Genet’s text. A prisoner John Broom (Renderer), grows intimate towards the blow-in Jack Bolton (Lyons), whom he has met before during his stint in a juvenile facility of delinquency, Jack’s humiliated past emerges inside John’s mind, now it is his turn to exert his suppressed libido. This chapter is as homoerotic as one can possibly imagine, a maneuver Haynes would have unwillingly relinquished en route pursuing mainstream acceptance, one tantalizing sequence of Broom groping an asleep Jack is divinely graphic and atmospherically transcendent.

Credited as an experimental juvenilia, POISON throbs with vitality, ambition and knowing archness, though the end result is far from flawless, it potently anticipates many a Haynes’ modus operandi, say, the segmental structure and interview-style in I’M NOT THERE. (2007, 8.0/10), his distinct prediction for the photogenic period setting and outfit in FAR FROM HEAVEN (2002, 9.2/10) and CAROL (2015, 8.9/10), not to mention his latest sortie into black-and-white mystique and paralleled storytelling in the Cannes-premiered WONDERSTRUCK (2017).

Not many can embrace perversity as plucky as Mr. Haynes has done, whether it is a tragedy can easily take place around us in real life, or a man living through his most egregious incubus, or a blatantly idealized contest of one’s sexuality (motifs like wedding, saliva and scars are all defying their accepted norms), just like a child’s stretching hand in the opening credit, Haynes’ first directorial outing jauntily treads through many taboo subjects and in retrospect, vindicates that it will be our profound loss if his talent fails to be acknowledged and utilized in full scale. 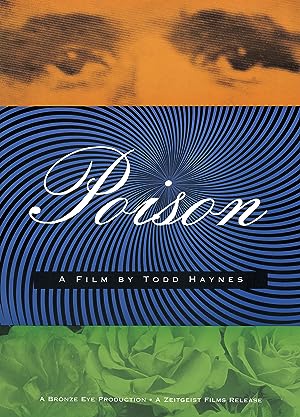 Be the first to review “Poison 1991” Cancel reply