The story is set soon after the reunification of West and East Germany, and is about the disintegrating relationship between Jockel a political activist and Stefan a heroin junkie, and their involvement with a bisexual Micha. A 2nd plot line is concerned with Micha’s young son Sascha, and his life in a rundown world of drugs and poverty. His fascination with the creepy, exhibitionist puppeteer Firlefanz, whose grotesque puppets enact a gay fairy tale paralleling the relationship of Stefan and Jockel. Central to the disintegration of these characters is the drug dealer Ingolf, who ‘pulls their strings’ with heroin, instead of puppet wires.

This was a very different movie, and I guess the only way someone would enjoy it is if they are also very different OR very open-minded. I did really enjoy the movie though, it brought together many emotions and showed, in a way, a life (or lives) not lived my many. Seeing the the underground/counter-culture, the effects of drug use, gay culture, and the whole surrounding of it all was very interesting. Don’t let it’s simple, yet complicated and hard to follow, story line fool you- it is not simple, and when viewed with the right mind, very worth your time. I am not an activist of any sort, nor am I really political in any way, but I found this movie to be a great escape and really did enjoy it. Michael Stock did a wonderful job acting as well. 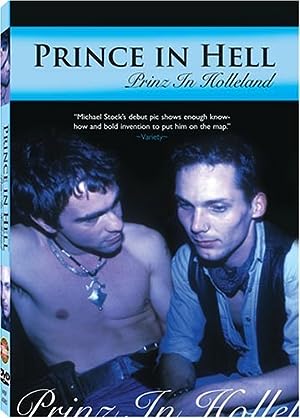 Be the first to review “Prinz in Hölleland 1993” Cancel reply