First, this is so safe and timid, one has to wonder why this was produced and aired on Arte and not France 2. Let’s admit they tried (very clumsily) to embrace a large audience. Still, if the third episode wasn’t set in 2013, you could swear this was produced in the 90’s. Fiertés (what a badly chosen title, considering the result) only is the mostly joyless depiction of the many pains that a gay man has to go through – as if a gay life was only a life of pain. But the worse part is that this limited series (pun intended) almost always choses the side of the heterosexual characters over the gay ones. As if asking for empathy from a straight audience toward gay men was impossible. Finally, the pace is severely lacking, everything is toned down to the point of total blandness, and the depiction of the working class is laughable. A serious misfire. 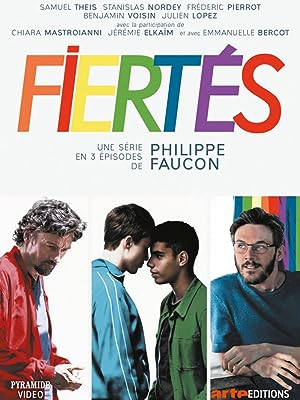 Be the first to review “Proud 2018” Cancel reply