Glen Erskine: A family man and the director and chief of staff of New Horizons, a group home and counseling center for abused boys. Glen is a child psychologist with impeccable credentials who has an international reputation as one of the foremost scholars in the study of male adolescent sexuality. Tommy Jackson: A victim of emotional, physical, and sexual abuse since he was an infant, Tommy is taken into custody by the Department of Social Services and placed at New Horizons after his mother is arrested by the FBI for making pornographic videos of him and selling them on the Internet. At New Horizons, Tommy’s young life finally seems to be coming together. But when the nature of the love he shares with one of his counselors is discovered and their relationship is destroyed, Tommy strikes back by accusing the man he believes responsible – Glen Erskine. With that accusation, the stage is set for a dark, disturbing, and yet poignant tale of love, commitment, betrayal, forgiveness, and redemption^×and a riveting look at the processes and agendas involved in the prosecution of a child sex abuse case.

…that a film with no star power could hold my attention throughout the duration. I was glued to my seat. The pace was perfect and the tension built from one scene to the next. The images and concept still with me long after the film was over. This is a great film and I look forward to seeing what the director comes up with next time. 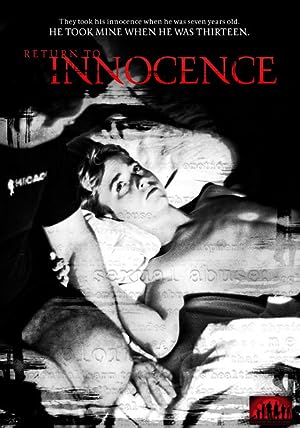 3 reviews for Return to Innocence 2001