Sadism and sleaze dominate this fast-paced film about the getaway aftermath of a heist-gone-wrong-turned-kidnapping.

In the mid-1970s, my NYC apt. building was finally wired for cable-TV and since Showtime (instead of HBO) was the only premium channel offered showing recent movies, I signed up for it. Being a writer and night-owl by nature, I soon discovered the channel was showing movies late at night and until the wee hours of the morning I’d never even heard of–most of them American independent films and foreign films that had never been given a U.S. theatrical release. Many of them had recognizable “star” casts and respectable directors, and thanks to Showtime, I discovered many first-rate films I (and other Showtime subscribers) would never else have had the opportunity to see. Most of these cinematic mongrels were indeed “dogs” but often so bad they were unintentionally hilarious. One night, Showtime unveiled a little Italian-made gem called “Redneck” (filmed in 1972, given a limited European release in 1973). Even though the movie had never been released in the U.S., the MPAA rating was listed as an ‘R’. Since the director was one Sylvio Narizzano (the director who made his name with the glorious “Georgy Girl”), and the three leads were Mark (“Oliver”) Lester, Fabio Testi and Telly Savalas, I decided to give it a try. And found myself nailed to my TV screen in disbelief for 89 minutes. As I recall, Savalas and Testi played two criminals, the former a raging maniac who, in one stomach-churning scene, casually sent a German family to their deaths by nudging their trailer off a cliff, thereby plunging to the wilderness depths below. So far, so bad. Then, out of nowhere, Testi (as the “nice” psycho) and Lester (all of 14 when the movie was made) are seen, both nude, in a men’s room, Testi sneaking peeks at the kid’s body while shaving, and poor confused Lester fixated on close-ups of Testi’s naked butt. As a not-yet-jaded member of the movie industry, and a card-carrying liberal (I was as much against censorship then as I am today), the entire movie made me queasy (and, being the early ’70s when I thoughtI’d seen everything in the anything-goes movies of that liberated era–including the uncut version of Altman’s “That Cold Day in the Park”, a real jaw-dropper until it was trimmed for an ‘R’ rating and would have spelled The End for Altman’s career had he not next come up with something called “M*A*S*H”), I still wonder if anyone else except me ever saw “Redneck” and was appalled as I was. Trashing the actors and movie-going audiences is joy maladjusted filmmakers have been merrily indulging in since the beginning of time. But leeringly exploiting a highly respected and talented child actor (Mr. Lester) at a time when he was beginning to make the difficult transaction from child to adult actor (and I’m sure his film offers had thereby dwindled to meretricious junk like “Redneck”)…Mr. Narizzano, you should be hanging your head in shame. (Incidentally, I was soon to make friends with actors who had appeared in Narizzano’s future, undistinguished efforts. They both despised him. Surprise?) 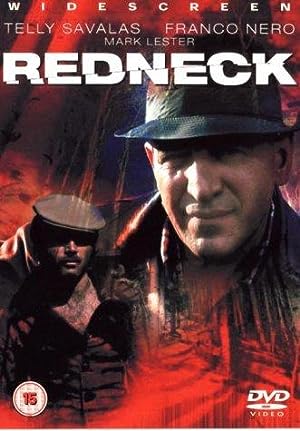 7 reviews for Senza ragione 1973 in English