At a foster-care facility for at-risk teenagers, Grace is a young counselor trying to do her best for kids who often have been pulled from the worst kinds of home situations. Even then, life is not easy as Grace and her colleagues care for kids who are too often profoundly scarred, even as they try to have lives of their own. Now, things are coming to a head as Grace readies for marriage even as some her charges are coming to major turning points in their lives. To cope, Grace will have to make difficult perceptions and decisions that could put her career, and more importantly her charges, at dire risk.

“You need to get ready because it’s so unbelievable it’s going to seem fake, but I promise you it’s not, Grace will vouch for me…It’s a storytellers wet dream.”

Every once in a while a surprising film like Short Term 12 comes around reminding me why I love cinema so much. This is only my second five star review from 2013 and this small indie absolutely hit all the right notes with me taking me through a wide range of emotions thanks to its perfect balanced mix of comedy and touching drama. I was drawn to these characters from the very opening scene and was completely engaged with the story. Having visited a foster care facility a couple times last year and spent some time with kids going through similar situations, this film really hit home and helped me empathize more with them. In a way I kind of felt like Nate, the new counselor in this film who didn’t connect right away with the kids and there was not much he could do to help considering he had no idea where they were coming from. On the other hand, the two other counselors, Grace and Mason, really connected with the children because they came from similar backgrounds and understood how they were feeling. Short Term 12 writer and director, Destin Cretton, uses this film as a vehicle to let the viewer have a better understanding of the social situation these kids go through. I don’t know if this would’ve worked so well if it weren’t for the incredibly touching performances from the cast. Brie Larson is so great in this film, she hit all the right notes, and in some way she reminded me of Jennifer Lawrence in Winter’s Bone. She has that same potential and her career will definitely take off after this. She deserves an Oscar nomination because she’s that good. Her co-lead, John Gallagher Jr. also delivers a terrific performance and if we haven’t heard much about him it’s because Larson steals most of the thunder here. Even the kids in this film were terrific and that’s why I’m giving this film the highest possible grade because it does everything right.

Grace (Brie Larson) is one of the young counselors at Short Term 12, a foster care facility for at risk teenagers. Along with Mason (John Gallagher Jr.), with whom she’s in a relationship, they look after these kids who have come from a troubled past. The film opens with Mason welcoming a new counselor named Nate (Rami Malek), and he shares a story with him about his first day which didn’t go too great. Then they introduce some of the kids to him: there’s Marcus (Keith Stanfield) who’s about to turn 18 and therefor will be leaving the facility soon, Sammy (Alex Calloway) who’s going through a deep psychological trauma, and Luis (Kevin Hernandez) who’s easygoing but enjoys bullying Marcus. A few days later a new teenage girl named Jayden (Kaitlyn Dever) arrives at the foster care center who seems to be deeply scarred. Grace begins to connect with her and realizes they have come from a similar past. Grace and Mason are both excellent counselors, mostly because they have come from a troubled past themselves, and despite helping these kids they also have to deal with their own scars in life if they want their relationship to work.

I loved the way that Cretton decided to open the film with Mason telling Nate a story, and then deciding to end it with another one. The structure of this film was just perfectly executed and I loved the balance it maintained. There were several different plots going on as each kid was going through different problems. The final scene in this film literally gave me goose bumps all over my body. Many people had an issue with it ending with such a positive note, but I thought it was perfect. Larson is a major reason why this film worked so well, her character Grace is just that: a graceful person who is doing her best to help these kids while at the same time trying to deal with her own demons. Dever and Stanfield also deliver powerful secondary performances and each one of them shares a memorable scene with one of their counselors as they try to express their feelings through different ways: Marcus does so by rapping and Jayden by reading a story. These two scenes are extremely powerful and emotional and they stand out in the film without feeling forceful or manipulative at all. This film just has so much heart and it’s no surprise it has such a high rating (99% on Rottentomatoes) because it really is a vivid portrait that draws us in to these characters troubled lives in the pursuit and need of healing. Brie Larson’s Grace has just become my favorite heroine of the year. That octopus story will stick with me forever, there was a lot of powerful stuff in this film. 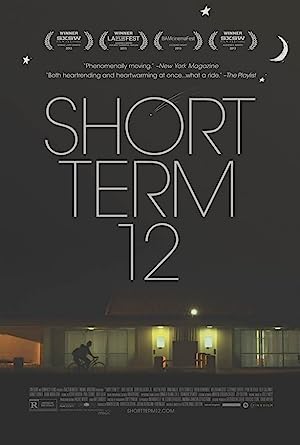