Based on true events, 16 year-old Jamie falls in with his mother’s new boyfriend and his crowd of self-appointed neighborhood watchmen, a relationship that leads to a spree of torture and murder.

Snowtown follows the experience of young Jamie Vlassakis as he partakes in the infamous ‘bodies in the barrels’ murders. Director Justin Kurzel has created a film that gradually pulls away the illusion of justified vigilantism to reveal the sadistic and evil core of John Bunting and his co-accused. The rare scenes of violence have such a profound impact that they are difficult to witness, the imagery of the Australian welfare suburb is captured with such florescent realism that you can almost taste the atmosphere. While at times fragmented, Snowtown is a rare and expertly crafted biopic that will tear at your senses and stun you into submission 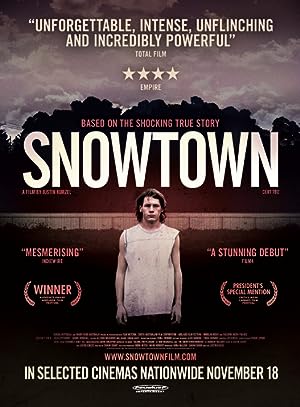 Be the first to review “Snowtown 2011” Cancel reply