Eight close friends soak up their last day of summer together on the beach before parting ways for college.

If this was about two or three out of the eight trying to reach a benchmark before college, that could have been feasible, but all eight? That’s simply contrived.

The film plays out like a feature-length Beach Boys ode to youth, but has an awareness of what’s happening that people usually don’t grasp until long after the time has passed.

Shame, really, the cast is appealing and seems up to the task of a lighthearted last-day-before-college day at the beach, maybe some sexual intrigue, maybe a regret or two; but these are eight actors tasked with playing one role. This film could have been about them realizing just how divergent their personalities are, now that high school is behind them. 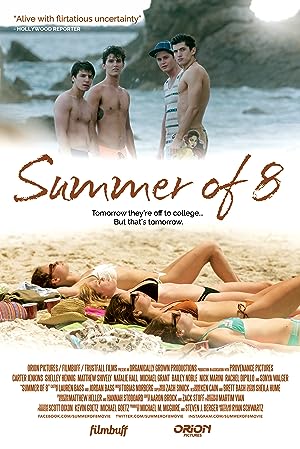