Tomek is 14 and a good student. He’s interested in astronomy and plays football to please his father. The only thing is, he lives in a poor little border town plagued by unemployment, whereas across the river lies Germany with all its relative affluence. Tomek meets Marta at a disco and falls in love with her. He starts to think up ways of earning money in order to keep her interested. He approaches a pimp who seeks out local boys for his German clients. Tomek has no idea of the brutal fate which awaits him.

Also one of the strong films in KVIFF this year. A really strong tale about boy prostitutes on the former border of Poland and Germany. I thought the main actor did a superb job and the directing was accurate and well done.

I almost started to hate the stupidity of the young main actress, so the film really got me and I was following it strongly.

The film brings something new to the old “Prostitute plot” by the destruction of some of the characters. There is a great “James Dean -Giant” touch in the story. Success corrupts and changes man.

I can really recommend this eastern European gem. The only big weakness in it is the script that at some point stops going on. The film starts to go over and over the same themes and doesn’t move forward. That’s why it stays as a eight and not a nine. 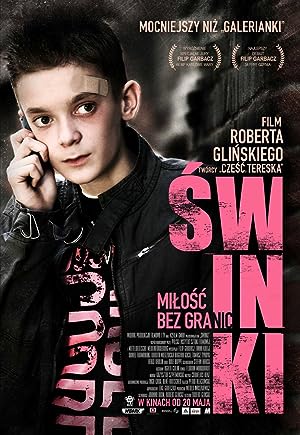 2 reviews for Swinki 2009 with English Subtitles