Home » Movies in English » The Adventures of Huckleberry Finn 1939

The Adventures of Huckleberry Finn 1939

Huckleberry Finn, a rambunctious boy adventurer chafing under the bonds of civilization, escapes his humdrum world and his selfish, plotting father by sailing a raft down the Mississippi River. Accompanying him is Jim, a slave running away from being sold. Together the two strike a bond of friendship that takes them through harrowing events and thrilling adventures.

I do not compare this movie to the book, because it is not faithful to the book. That was never the purpose of the movie. The purpose of this movie was to provide a vehicle for Mickey Rooney who was the biggest box office star in the world from 1939 to 1942. And justifiably so. He has loads of talent. I say has because he is NOT DEAD. I read with horror a post here by someone who assumed that Mickey Rooney was dead and more about that later.

For now the reasons why I think this movie is so good are simple. Beautiful presentation, cinematography, acting, direction and writing. The cast are without exception wonderful. Especially Mickey Rooney who just inhabits the role. The tears in his eyes when told by Rex Ingram that his “pap” is dead….pure gold. Speaking of Rex, his portrayal of Jim is sheer poetry. It isn’t easy to bring such depth and layering and nuance to such a character and yet he just does wonders with the very unforgiving role.

Walter Connolly and William Frawley are hilarious and insanely funny and yet curiously terrifying at the same time as the King and the Duke.

The plot does differ a bit from the book but so did and do a lot of movies even today. Many people adore 1937’s Captain’s Courageous (including me) and are seemingly not bothered by the fact that it veers wildly from the Kipling novel. I am not sure why that is. It feels like some people are actively trying to denigrate Mickey Rooney and certainly he seems to be out of fashion, but someday I do believe people will revisit the man and his movies and realize just how good he was and is.

Which brings me back to Mickey Rooney.. I think its sad when one of the immortal legends of movie history can be so throughly maligned and ignored. At a time when movies mattered, Mickey Rooney stood at the top of the hill. He had it all. Superbe acting talent, as well as an amazing entertainer. To compare his acting with Freddie Bartholomew is unfair to both. Freddie probably was the most talented child actor EVER but he had zero in the entertainment category. He could neither sing, nor dance, and did not have a magnetic personality. In those three areas Mickey stands head and shoulders above him. Mickey can sing, dance, and play dozens of instruments. Only Judy Garland stands above him and that is because she was a better actor and singer by far and Mickey, to his eternal credit, knew this and loved her for it.

I find it heartbreakingly sad that this movie has garnered so few reviews; and more sad that this man who has given so much to the entertainment industry and to movies in particular, can be so ignored by our modern day, talentless, tasteless “entertainment” industry that one can actually be forgiven for assuming he is dead.

I would love to see the over payed, over indulged denizens of the entertainment industry actually pay homage to Mickey Rooney at the Oscars before it is too late and before we truly do lose this living legend forever.

Thank you Mickey Rooney for all that you have given us. 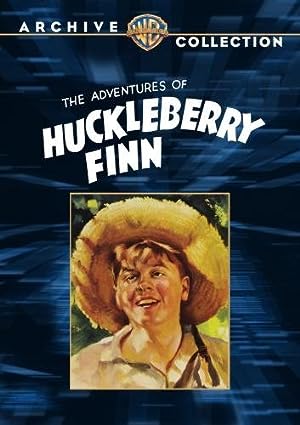