Evelyn, an ex-burlesque queen, bewitches single dad Al and his teenage son Fin with her zest for life. When father and son discover they are competing for the affections of the same woman, it reopens old wounds over the death of Fin’s mother.

Al and Fin, father and teen son, are reeling from the loss of a beloved wife and mother. Each is dealing with the loss in a different way, yet in no way that is particularly constructive. Al is having an affair with a student and Fin is sulking in a cocoon of solitude. Neither is communicating. This is when Evelyn flits into town. She is a beautiful and colorful apparition wreathed in flowers, butterflies, exquisite jewelry and bubble bath. Al and Fin are so blinded by passion, be it grief or love, that they risk losing each other as well as the woman they seek.

The film is personal for the director who felt extreme grief and loneliness when a close friend died. While the actors lack assurance and chemistry between each other, the story is compelling and it flows together well. Queensland, Australia, is the perfect dream- scape setting for the film. Seen at the Toronto International Film Festival. 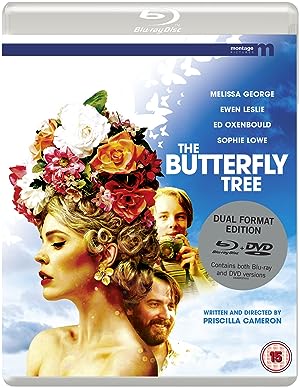 Be the first to review “The Butterfly Tree 2017” Cancel reply