Living in India, Mary Lennox, a young, privileged girl, is left orphaned when her parents are killed in an earthquake. She is sent back to England where she goes to live on her uncle’s estate. It is a fairly isolated existence and she has to find things to keep herself occupied. She finds a sickly young boy…and a secret garden.

This movie is an utter delight to watch. I have probably seen it a dozen times, and I never get tired of it. Everything about it is perfect: it’s well-directed, well-acted, beautifully filmed, has great music, and the script and story are wonderful.

Agneiszka Holland does an outstanding job directing this film. Each character is separate and unique; each one has little personality quirks that makes it seem real. Just about every scene in the movie includes children, animals, or both — which must have been a nightmare to coordinate. Ms. Holland pulls it off without a hitch. Everything melds perfectly, and we are transported to a distant place and time, and fall in love with real, human characters.

The primary three characters in this story — Mary Lennox, Colin Craven, and Dickon — are all children, played by actors who are around 10 years old. Ordinarily having one child in a movie is difficult enough, but again, somehow they pull it off. All three kids — especially Kate Maberly — do a fine job of acting, and they are quite credible. Kate is simply divine as Mary Lennox, and Heydon Prowse was a good counter-point to her as Colin.

The story is touching and charming, and I think you’d have to be almost inhuman not to have a tear in your eye by the end of it. I absolutely fell in love with these children, and came to care very much about their characters. The “secret garden” really does seem to be a magical place (and I will say no more about it, since otherwise that would spoil things), and at the end I found myself wishing I could go and visit it first-hand. The accompanying music is wonderful — I find myself humming it for days and days after watching it.

In short, everything comes together to make this film a masterpiece. It is easily one of the 10 or 12 best movies ever made, perhaps *the* best movie ever made. I love it so much that I went out and bought the DVD of it, even though I’d seen it 8 or 10 times already. If you have not seen it I give it my highest possible recommendation. 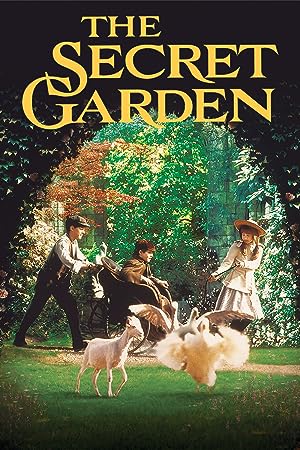 Be the first to review “The Secret Garden 1993” Cancel reply