Seven short stories about growing up gay in America and searching for true love.

A Christmas Story
The collection starts with this silent film about a little boy and his gender-crossing attempts to get attention from his parents.

History
This one, shot mostly in an LA restaurant, tells a story of a gay uncle and his now-adult nephew dealing with their past.

Sunday
A well-worn couple spends their Sunday morning in bed telling a tale of immense love and devotion.

He Was Perfect
This is the story of a young man on a search for love, and a twisted couple he gets in the middle of.

Staying Together
At a dinner party, two men reinforce their love in the kitchen while their buddies speculate.

A Little Drama
The stunning conclusion is the story of Romeo and Juliet, a kiss, and the show’s lighting panel operator.

Just saw it and it’s well written, filmed and acted. Special mention to the films hot young star Cameron Northey, He Was Perfect, who turns in a remarkably poignant and disturbingly flawless performance! It shows how talented this young star is to pull you and your sympathies into the world of his character, seemingly a innocent and confused individual, only to shock you with a realization that he is not ‘the lovely flower but the venomous snake beneath.’ Terrific love scene that no doubt will garner a warm reaction from this movies target audience. Another stand out scene is History which was showcases especially wonderful dialogue. This one’s a must see! 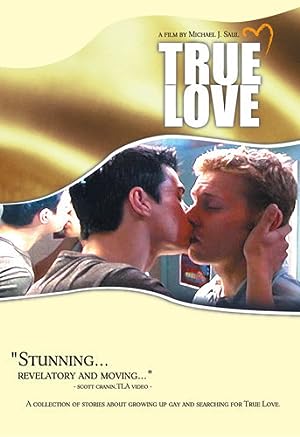 Be the first to review “True Love 2004” Cancel reply