A dramatic comedy about a transitioning woman who discovers that she’s the father of a 14 year old boy.

IF the stresses of transitioning into a woman were not enough, the lead character of Eisha Marjara’s film Venus has parenthood unexpectedly thrust upon them.

Sid (Debargo Sanyal) is just a few months away from starting hormone treatment when 14-year-old Ralph (Jamie Mayers) shows up. The youngster – the product of a high-school relationship – enthusiastically puts his foot in the door of Sid’s life and does so while offering the type of unhindered, youthful acceptance withheld by Sid’s parents and work colleagues.

Marjara’s film bounces from dancing jovialness to blunt family drama as Ralph opens doors of tolerance, especially from Sid’s parents, that otherwise may have remained bolted shut. It takes Sid on a transformative journey as she prepares to undertake a physical one – what she calls her ‘second puberty’.

Led by an immersive lead performance from Sanyal, Venus delves into issues of belonging, identity and honesty with a freshness that carries the film someway. Easy comparisons will be made with Oscar-winning transgender story A Fantastic Woman, but this is an entirely different experience. It is lighter and much less demanding – for better and for worse.

The film is unfortunately a little too lukewarm in places where you would hope it to be beaming with Venusian light. For one, the film’s finale feels as though it would be a more fitting mid-point in the story, perhaps because too much time is spent in slow-motion – a favoured device throughout the film.

Venus is still a fine watch and a welcomingly diverse story – but it is by no means out of this world. 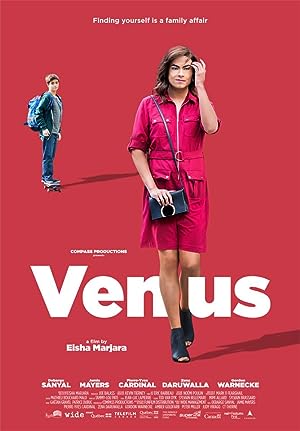