Storyline:
XX is a new horror anthology with a gender twist – all segments will be helmed by female directors and will star female leads. The directors have been given free creative rein within budget and time constraints, but all of the segments themselves will involve the horror genre.

User review:
I am impressed of the low rating of these 4 short films that comprise XX. I believe that rating sometimes mostly depends on the viewer’s expectations.

XX (what a bad title) is a set of 4 short films. The films are indie in style and narrative so this is important to note before you watch them. If you love the prequel to the Texa’s chainsaw massacre XX is NOT for you.

If you are always looking for something different in horror movies, a different way of telling a story or a different story all together XX IS for you.

I found “The Box,” the first one of the short films to be most disturbing although “My Only Son” is an interesting reworking of a classic horror theme. 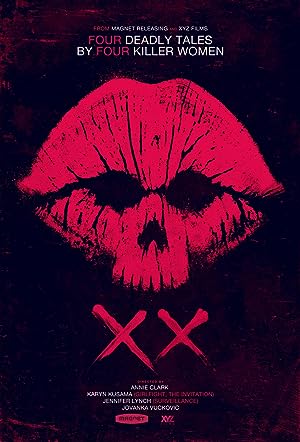