It’s the fall of 1985. The intertwining tales of three 5th grade friends, Chris, Joe and Ted, unfold in the suburban paradise of Palo Alto, as the threat of a mountain lion looms over the community.

Sometimes Yosemite felt like the equivalent of watching paint dry.

It’s suppose to create some type of emotion in me, but I did not catch it. despite understanding the story of the tree boys that dominate the movie.

But there came a point for me were I just was not emotionally invested enough in what I saw on the screen.

I wanted to like it too, but it falls very short of the goal it tries to accomplish. A little too dead pan.

It’s impressive that putting James Franco on the poster was enough to get this thing released in the tiny theater I saw it in, but it’s not entertaining enough as a movie for nothing too happen. it’s too real and true to the source material that did not transfer over too well.

Maybe works better as the book it was based on. I like Franco’s other novel turned movie Palo Alto better 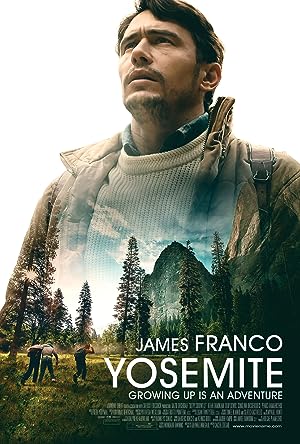 Yosemite (2015)
80 min|Drama|01 Jan 2016
4.8Rating: 4.8 / 10 from 667 users
It's the fall of 1985. The intertwining tales of three 5th grade friends, Chris, Joe and Ted, unfold in the suburban paradise of Palo Alto, as the threat of a mountain lion looms over the community.
Director: Gabrielle Demeestere
Creator: Gabrielle Demeestere, James Franco (based on: the short stories "Yosemite" and "Peter Parker" by)
Actors: James Franco, Everett Meckler, Troy Tinnirello, Carlisle Forrester

Be the first to review “Yosemite 2015” Cancel reply