“Absence” is a family, sexual, emotional and everyday drama. We follow Serginho’s daily routine: taking care of his mother and his 5 year-old brother; the work at the street market; his strong friendship with Mudinho and Silvinha and a complex relationship between sex and affection with Professor Ney. A net of moments in the life of a boy in transition.

As the title suggests, Ausência (Absence) is a portrait of young protagonist Serghino, who’s deeply affected by the lack of a father figure. The film opens with a shot of three men inside a pickup truck, the back of their heads only partially visible through the car’s rear window. We follow them through the streets of São Paul, endingthe-upcoming-absence-berlin-film-festival at a dilapidated apartment where one casually directs his two friends on what to pack away. Quickly we see the prelude’s purpose: a father removing himself from his family with one cool and detached cut. He never reappears in the film, only referenced in passing by Serghino (carefully prying about his location) or angrily by his mother and uncle.

The opening puts the audience through a journey (albeit a quick one) that is similar to Serghino’s throughout the film: trotting after the vague outline of a man who gives no excuse for severing ties. Only on the cusp of adulthood himself, Serghino is thrust into a patriarchal role. He cares for his mother in her drunken outbursts, tenderly watches over his little brother Mateus, and works for his uncle in the local market to make ends meet. His life is dysfunctional and lonely, and so it makes sense when he becomes attached to Ney, a teacher in his 30s for whom he makes grocery deliveries. It’s a kinship that at times feels muddled with Serghino’s burgeoning sexuality – a question that reappears with the brief fling Serghino has with a young girl, Silvinha. Is it genuine attraction or is he just starved of companionship?

The film likely meant to leave this open-ended, but both plot points feel too underdeveloped to be intentional. There’s disconnect in Ausência that goes beyond “creating a mood” to come across as poor story development. The director, Chico Teixeira, has a background in documentaries, and Ausência certainly has the vérité feel typical to that genre. Yet even in life the ups and downs aren’t so muted.

While the plot is lacking, the film’s themes are well crafted. Serghino is drawn to a circus that’s taken up on the outskirts of town, a spectacle that’s long been an emblem of adolescence and escapism. No wonder Serghino is drawn to the idea of joining. When the circus continues on its tour, Serghino sifts through the glittering scraps of their venue left behind. The scene mirrors the times Serghino swept up the scattered produce of the market after closing, someone who must continually pick up the pieces. It’s certainly heartbreaking, and for all the film’s faults it’s core is relatable – a boy’s struggle with isolation. 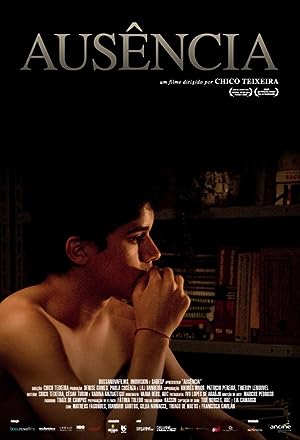