The “Our Gang” type adventures of German working class kids from a Berlin apartment building (number 67) during the early 1930s. With Nazism’s rise, however, their tight-knit group unravels. One leader, Paul, becomes a Nazi. (In a later book of the series, you discover he renounces Nazism and flees to Switzerland.) One, Erwin, resists Nazification. (In a later book, his father takes him to Sweden. He eventually, however, fights for the British.) And the girl, Miriam, who is Jewish, immigrates to Canada. (In a later book, she returns to Europe after the war, where all three comrades finally meet in Geneva to renew their vows of friendship once again.)

For those interested in a realistic insight into working class Berlin life during the 1930’s this film is a must. The sets are not only authentic but actually original apartments undamaged by WW2 and left virtually unmodernized in the 35 years before filming. The domestic fixtures, fittings and furnishings are entirely original. The costumes could have been made in the period and the actors are wonderfully unaffected by media fame.

The story surrounds two 12 year old neighbor boys who are the best of mates. They share everything from their food to their street earnings from shining shoes and flattering the wealthy. But one lad has a communist father who is friendly with a Jewish family whilst the other is attracted to the Hitler Youth and eventually joins it. The boys become enemies and the tragedy of Germany is laid out before them.

Unfortunately neither of the boy actors could actually act. Their lines are forced and rushed and whilst the adult cast help to maintain a professional production, the lads themselves should never have been given such large parts without much more drama training and stringent directing. The script is weak and almost unnecessary because the visuals alone convey the plot. But there was so much more that could have been included and the ending seems to be more a beginning than a conclusion. How much better the film would have been if a scene from 1943 could have been added depicting the boys as adults facing the awesome reality of opposite sides in a conflict of ideals. But sadly the director did not have the vision that current German cinema so excellently displays. 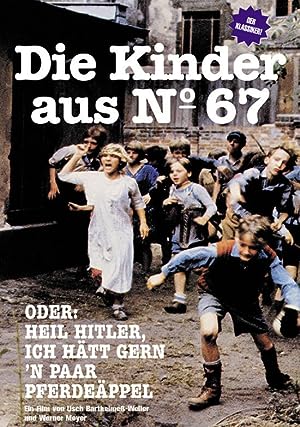