Coming-of-age. A small-town young man realizes why he’s such a misfit – he’s gay! Adolescence is proving a pain for the always-thinking Dorian. He’s an outcast and the butt of classmates’ fag jokes at high school. He’s different and understands why when he reaches the conclusion that he’s a “stereotypical gay.” He soon announces this discovery to his homophobic, Nixon-loving dad. As Dad throws him out of the house, Dorian’s off to NYU to encounter a new world of coffee houses, sophisticates and handsome men.

I thought this movie was GREAT. I saw Dorian Blues at a film festival in Michigan and it was WAY better than I had expected. I saw it in the morning and had just gotten into town after driving over an hour. I was expecting some poorly put together independent film, but it was very good. It was funny…at times hilarious, but also managed to stay somewhat serious when need be. It’s a great film for people who are gay, especially if they’ve come out recently. Dorian is such a likable character, as was his brother. The movie did a fabulous job(you’d be laughing if you’d seen the film) showing the life of a teenager who just discovered that he is gay. As somebody who has been in his situation, I found that it was relatively accurate showing the feelings and situations that you experience right after coming out. I saw it with a straight friend of mine and he loved it as well. It’s just a funny look at a young, somewhat awkward boy’s life, just after he realizes he’s gay. It’s FABULOUS!!! 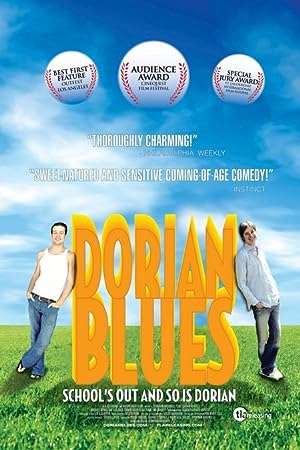 Be the first to review “Dorian Blues 2004” Cancel reply