Final day of school in a small Polish town. It’s the very last chance for a 12 year old Gabrysia to tell her classmate that she had fallen in love with him. She sets up a secret meeting and blackmails the boy to show up. But what was supposed to be an intimate talk spins out of control and leads to an unexpected ending.

The plot is talking about last day at school three of 12-years old teenagers coming from different families. The director slowly showed us their worlds. You feel that in some moment something it’s gonna happened but you don’t know what it’s gonna be… The final of this story is shocking, very strong and what is more scary- based on the real story.I have never seen in my life more stronger final of the movie.Film only for adults. Director is asking about the roots of evil and we he showed us that even children are not free from them. From the other side Bartosz M. Kowalski has touched the problem so often not absent, overworked parents who have no idea how really looks like the life of their own kids. 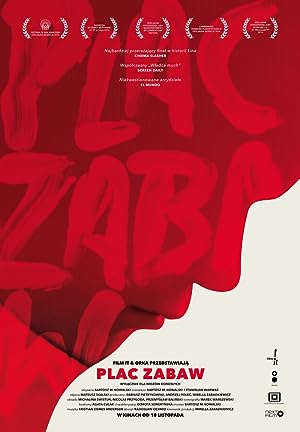 Be the first to review “Plac zabaw 2016” Cancel reply